Why Have A Pancreas? It was the summer and Susan just got back from sleep away camp. Camp was a weird experience for her this year. She felt thirsty all the time and didn’t have the energy to participate in her favorite activities. She came home and it was noted that Susan lost 13 pounds while at summer camp! She was taken to the doctor and was promptly diagnosed with Type 1 Diabetes at 12 years old.

With numbers only growing, when will modern technology take the next big step in bettering the lives of diabetics?

Hormones have more control over your body than you think. This is especially apparent when it comes to diabetics, who have botched hormones. Diabetics do not have two of the most important hormones, insulin and glucagon. These hormones keep your blood-glucose level at a set point. 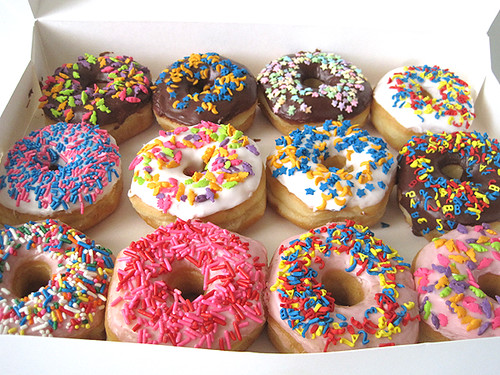 Insulin is a hormone that allows glucose to enter cells and thereby decreases your blood sugar. This may seem negligible, but because of this function you can eat a dozen donuts without having blurred vision or numbness in your appendages.

Glucagon is a hormone that lets glucose leave the cell and thereby increases your blood sugar. This function is also vital because it gives you the ability to skip breakfast without passing out or falling into a coma.

According to the FDA, the artificial pancreas is composed of a continuous glucose monitor (CGM), an insulin pump, and a computer algorithm. The CGM and insulin pump are two devices that are commonly used to treat diabetes today.

The artificial pancreas is different in that it combines both of these functions. According to the FDA article, an AP combines the CGM and pump together with an algorithm. This algorithm collects data from the CGM, then decides insulin dosage, and finally commands the insulin pump to deliver a correct insulin dosage. Thus, as the Diabetes Technology & Therapeutics article postulated, the AP “closes the loop” and creates a mechanical pancreas that can operate without human help.

Currently there are a handful of algorithm variations. The top algorithms appear to be Model Predictive Control (MPC) and Proportional-Integral-Derivative (PID). These algorithms work differently and result in different levels of success.

Based on a paper in the Journal of Diabetes Science and Technology, it is understood that MPC is a model-based algorithm. Past and current blood-sugar-level data helps form this model, and from that model future insulin dosage can be predicted.

Because model-based algorithms become personalized to your body the longer you use them, they are generally a better product. In comparison, PID algorithms only predict insulin dosage based on current data.

SAFE is a system that ensures correct amount of insulin dosages are given. If an incorrect amount of insulin is given, this could lead to a hypoglycemic episode, which can result in a coma or death. While the study centers around SAFE, the study did use the PID algorithm and gave promising results. The number of hypoglycemic episodes was constrained and the length of these episodes was decreased by more than 50%.

Another study, “Clinical evaluation of an automated artificial pancreas using zone-model predictive control and health monitoring system,” used a model algorithm. The study included 12 patients with Type 1 Diabetes and it lasted 24 hours. The study also included some real life situations, like unannounced meals and exercise. The algorithm kept the blood glucose level between 70 and 180 for 80% of the study. However, after mealtime the blood glucose stayed in this range less than 70% of the time.

While improvement is clearly needed for implementation in real life, these results are optimistic. The artificial pancreas is the next big step.

While progress is being made, the “real world” is much different than the controlled bubble in which most of these artificial pancreas studies have been conducted. To truly improve the quality of life of diabetics, the artificial pancreas must handle unpredictable eating, exercise, and stress.

Susan’s current insulin and glucose regimen was not adequate in dealing with the influence exercise has over her blood sugar. Exercise caused her blood glucose levels to become unpredictable; they would descend from a high of 300 to a low of 70. These sporadic highs and lows were not ideal for team sports, which are only successful if everyone is pulling his or her weight. So, club soccer, which Susan had played for the last 7 years, disappeared from her life.

This story may seem a bit depressing, however my family is hopeful. The AP is currently undergoing outpatient studies. This means the AP is finally being tested in real life environments. One day, the AP may withstand the challenges of daily life and this could lead to Susan joining a team sport again.